What Language Do They Speak in Ukraine? 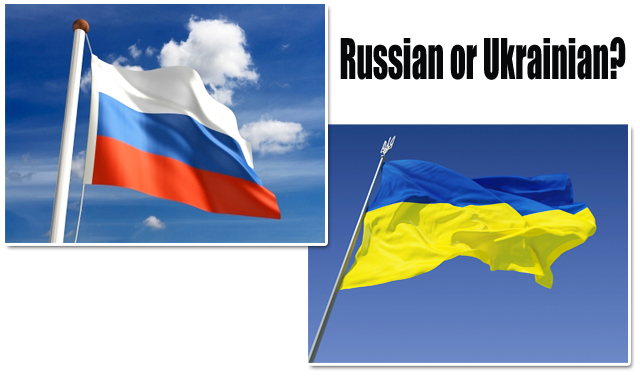 In Ukraine there are two spoken languages: Russian and Ukrainian. In general, in the big eastern cities like Kharkov and Dnepropetrovsk, the people speak primarily Russian. (Because that side of Ukraine borders Russia.) On the west, in smaller cities like Lvov and Lutsk, the spoken language is Ukrainia. In Kiev, you’ll hear both, though in all my trips there over the past ten years, I’ve encountered almost exclusively Russian. (This is likely because Russian is the language of business and of cities. Ukrainian is the language of villagers. In general.) Finally, down in the Crimean peninsula, you’ll hear Russian exclusively. Cities like Simferopol, Yalta and Sevastopol are essentially Russian cities, despite their geographical location.

People often wonder how close Russian and Ukrainian are, linguistically. I’m a native English speaker who is fluent in Russian. To my ear, Ukrainian is very different and hard to understand. There are a few tricks to make it easier, though. The main one is to realize that Ukrainian actually shares a lot of words with Russian, but they’ve changed the vowels. Especially “o”s in “i”s. So, the common Russian word “skolko?” (How much?) becomes “skilki” in Ukrainian. Fkhod (Entrance) in Russian becomes “Fkhid” in Ukrainian, and so on.

Another aspect of confusion is that Ukrainians for the most part understand Russian (though many struggle to speak it properly). They understand it because they likely studied it in school at some point, and because they’re bombarded with it in their media. (Russia is a huge country with dozens of film and TV studios and music stars. This all gets imported into Ukraine. The reverse, though, does not happen. Russians aren’t watching Ukrainian films (because there aren’t any), nor listen to much, if any, Ukrainian music. And thus, with no exposure, Russians don’t understand Ukrainian very well.

Ultimately, people ask these questions because they’re interested in learning one of the languages…likely because they’re considering a trip to Ukraine. And to them I’d say: Go for Russian. There simply are more speakers of Russian (say, 300 million or so) in the world than there are Ukrainian speakers (30 million, maybe? At most?) In the long term, Russian will serve you better. The only reason I’d consider learning Ukrainian is if you were certain you’d spend 100% of your time in that part of Ukraine, around Lvov (err, I mean “Lviv”) and Lutsk.