Russian and Ukrainian weddings are an amazing experience. I should know. I experienced my own Ukrainian wedding as the groom just a few years ago. If you’ve never been a part of one, I’d like to share some of the highlights with you here.

First, it should be noted that we got married a few months earlier, in an official ceremony in a government building known as ZAGS. It’s a very brief “ceremony”, and it was actually just myself, Dasha and her father (as the witness) along with the government official. That part of the process was all about making it official and legal. In this photo, we’re signing one of (the many) official documents. 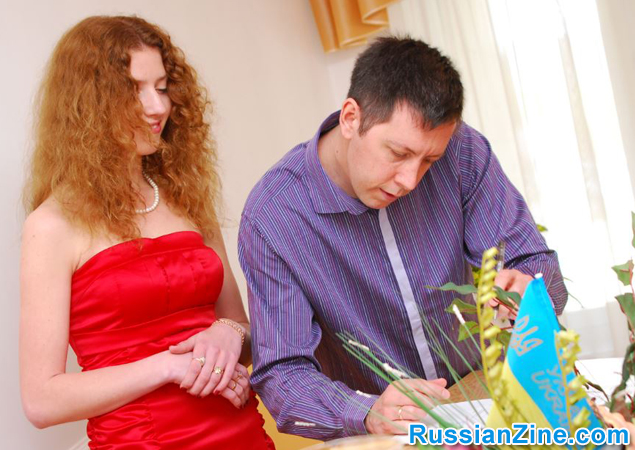 We decided to hold the wedding ceremony that summer, to make it easier for our U.S. guests to attend. All weddings have their traditions and routines, but Russian and Ukrainian weddings have taken it to a whole different level. The amount of steps in the process is astounding. One of the main steps is when you must go to your bride’s home and “buy” her from her family. Here’s a photo of me paying fifty grivna, as her relatives all chanted, “More, more!” (As a joke, I asked the room, “Can anyone break a twenty?”) 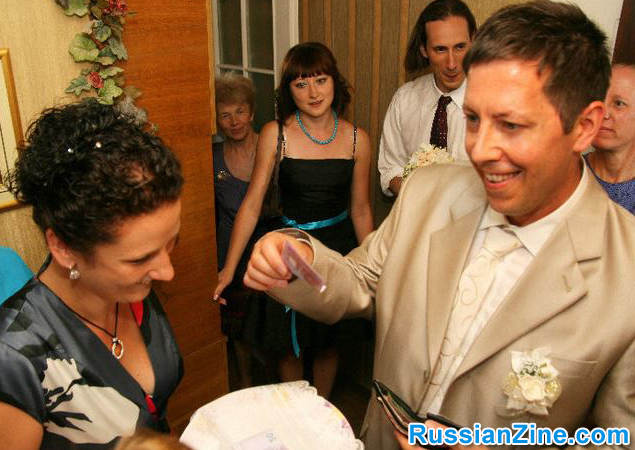 I have Russian friends (in Russia), and they tell me that, in addition to having to buy their brides, they also have to answer a series of questions about her along the way. “What color are her eyes?”, or, “What’s her best friend’s middle name?” and so on. Though I was spared that test, I was certainly ready for it.

After buying your bride, there’s an unveiling of her in her room. That is, when you first arrive, she’s being covered behind a sheet held by two family members. After you pay, they lower the sheet to let you take her. There’s more ceremony here involving religious icon pictures and prayers, may of which need to be recited three times. (This repetition of things in groups of three is common throughout the day.)

Eventually, it’s down to the car. There was a live band playing outside Dasha’s building. There was more ceremony here involving a large cake, more icons, and throwing of candy to the neighborhood children who have gathered. I think the car itself was blessed? probably three times? when the guy with the cake walked around it. To be honest, between the band and the heat of the day, and all the things going on simultaneously, this part of the day remains hazy. 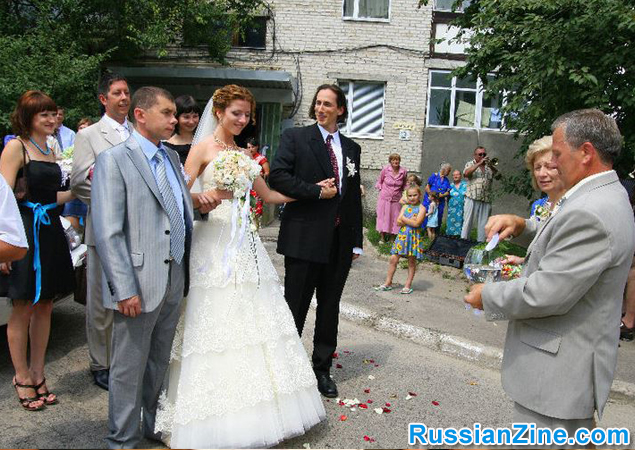 Off to the church. The amount of activities that go on inside the church is the most incredible. Again, all in threes. And for much of it, the two best men each had to hold heavy crowns over our heads. My friend had to keep switching arms. Things I remember here include the binding of our arms in a single, knotted rope, with each knot representing a child we might have. There’s a special carpet one first kneels beside, and then walks around (three times, of course.) And various icons in the church that need to be kissed and so on. 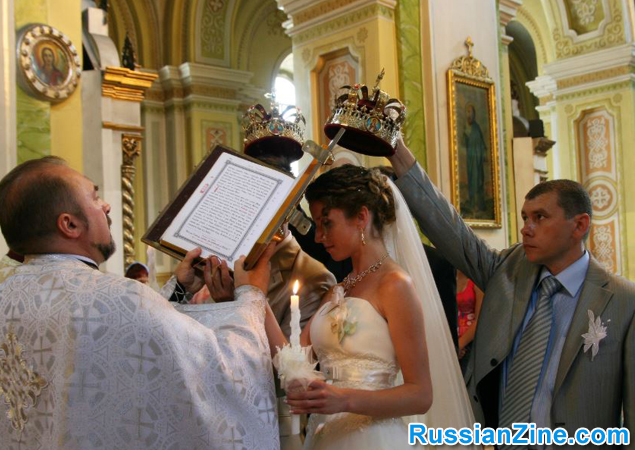 After the church, the core of the wedding party headed off in a few cars to take photos throughout the city. This is perhaps the most common tradition of all Russian weddings, and on any given weekend you’ll see all sorts of wedding couples by all the major sights and monuments in a city. 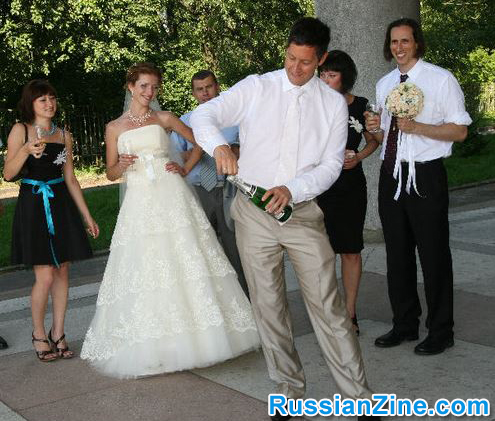 Finally it’s time for the reception, which we held at a restaurant outside the Lutsk castle. There were two different Ukrainian folks groups, lots of dancing, toasts upon toasts, and even a Skype session with my family back home. In all it was a remarkable experience and as memorable a wedding as you could ever hope for. 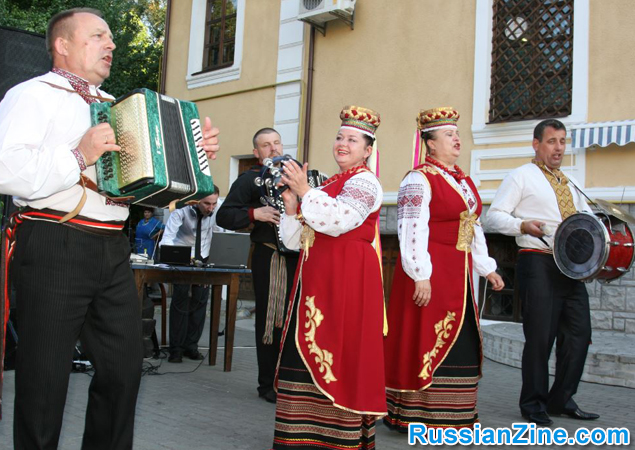 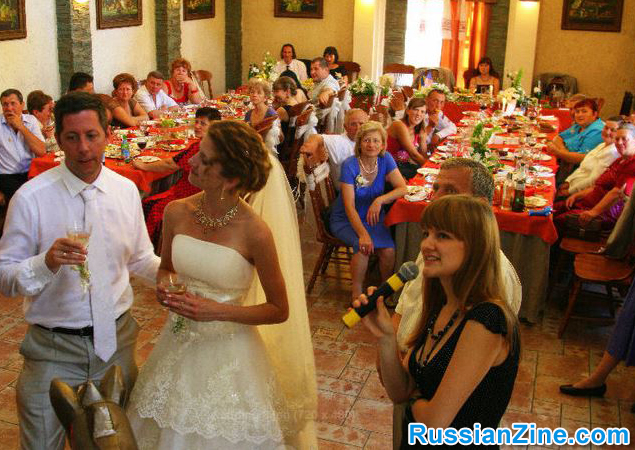