What Is Face Control in Russia?

Face Control is a rude sounding name for the equally rude ritual that takes place before entering exclusive night clubs in many Russian cities. During Face Control, the doormen judge your looks and decide whether to let you into the club or not. Hot women get an automatic pass even if they’re dressed in Grandma’s Christmas sweater. But guys…prepare to be judged. At a minimum, wear a long sleeve, buttoned down, ironed shirt with a collar. A tie is usually a plus, though by no means mandatory. Pulling up very conspicuously in a Ferrari or Bentley would help your chances considerably. And of course, coming in with at least one attractive woman will also boost your chances. Granted, even clubs in the U.S. have dress codes, but Face Control goes beyond mere clothes. You could be dressed quite well, but if you’re wobbly on your feet from too many drinks, its doubtful you’ll get in…not without a huge tip to the doorman. 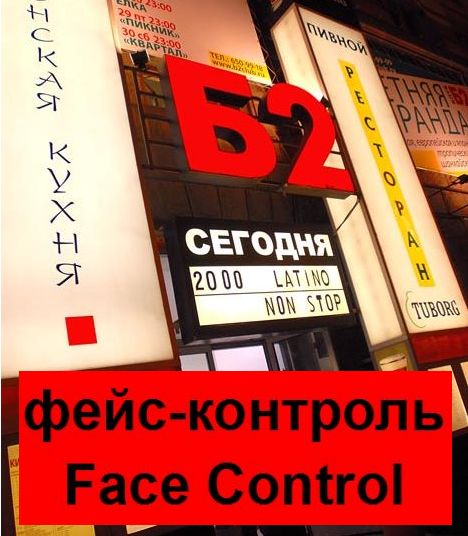 Moscow clubs can be pretty exciting, but the Face Control issue does get old. I always think, “Why am I hoping the door Gods will look favorably on me? Just so that I may have the privilege of paying the $40 (yes $40!) cover to get in, so that I may then wait in long lines to pay $8 (yes, $8) for a beer, so that I may then wander the club and be snubbed by overtly materialistic women whose skin crawls at the thought of so much as talking to a man who owns anything cheaper than a Mercedes S600?”

Anyway, now you know. Face Control is a part of life when clubbing in big Russian cities. Dress well, act like you own a yacht, and bring women and you’ll be fine.