In Step 1 of this series, we decided that it’s a very good idea to learn some Russian if you’re serious about finding a Russian bride. Let’s imagine you’re now doing so. So…what next? How to actually find a Russian girlfriend? 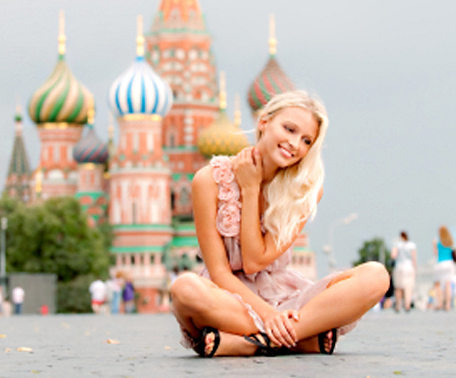 Check the free sites, first.
Yes, there are free personal sites that Russians themselves use. And though the sites are in Russian, there’s usually a translation button somewhere on the page. The two biggest such sites are loveplanet.ru and mamba.ru Again, these are totally free sites. Granted, almost all of the women are expecting to communicate with Russian or Ukrainian men who speak the language fluently and who are located in their country or city….but not always. Their profile will mention whether they speak English or not. (And many do, to some degree.) And also, many are actually located in the U.S., Canada, the U.K., and so on. And in either case, it doesn’t hurt to introduce yourself, does it?

What about all the paid sites?
Well, this is where it gets tricky. It’s so hard to know how sincere any particular woman is on those sites. For sure, believe nothing that you read in her profile. Nothing. Yes, some of it may be true, but it’s best to start with the assumption that What I’m reading is probably fiction. It was probably written by the agency owner, not by the girl in the photo. Some sites now offer video chat, which is certainly a step in the right direction, but a costly one. Try to get her personal email address as soon as possible. You’ll often be told that she doesn’t have one, but that’s a red flag to me. She might not have a computer, but she certainly has access to one. And email is free.

The agency’s goal is to drag out such paid communication as long as possible. Then, when you actually plan a visit, buy plane tickets and arrange an apartment, guess what? Her grandmother (who of course lives out of town) got sick and she has to stay with her for an extended period. So sorry, but the woman you’ve been corresponding with won’t be able to see you. Oh, says the agency owner (either on your arrival to the agency in Russia, or the day before you head over there), but we have lots of other women you might be interested in. Have a look at these photos.

It’s the classic bait and switch. They hook you with a girl who’s paid to communicate with you (but who is likely married or has a Russian boyfriend) and then when you come over they try to set you up with one of the actual women in their database who truly are interested in foreign marriage.

Are the love tours and socials better?
No. As I’ve mentioned, many of those women are shipped in from nearby cities to boost the ratio of women to men in their brochures. Few of the women are truly interested in finding a foreign man. Yes, some are sincere, and marriages do happen as a result. Some guys have indeed gotten lucky. But it’s not the norm. And there are better approaches.

So, what should I do to find a Russian woman?
1. Try to plan a trip to one city for as long as you can. Two weeks or more, if at all possible.

2. Do some research and find the actual street addresses of the local dating agencies. Call them and confirm their address, and prices for introductions.

The fact is, you can correspond all you want beforehand, but in so many cases the woman will be a no-show on the day you arrive. Why go through the pain? Instead, see who’s available when you’re actually there…who can meet you that very afternoon, for a casual first introduction?

3. Try to arrange as many of these meet-n-greets as you can the first few days, and then pursue the ones you hit it off best with.

In the next article, How to Find a Russian Bride STEP 3, I’ll give advice on how to progress the relationship.