The Russian bride industry is big business, now. The biggest players have become million-dollar enterprises. Around the world, countless thousands of men are all looking to the former Soviet Union – primarily Russia and Ukraine – in search of companionship. I wish I could tell you that finding such a bride is as simple as joining a site, looking at photos, sending some emails, and going to meet her. But it’s not. Not by a long shot.

First, scams are rampant in the industry. You have individual women scamming men for money, but you also have entire agencies that are fraudulently charging men to correspond with non-existent women. You also have “love tours” operating “socials” where the bulk of the women are shipped in from nearby towns to beef up numbers, lured not by the promise of meeting foreign men but only by the promise of free food and drinks with their friends in a nice club. So what’s a guy to do in finding a sincere Russian or Ukrainian woman?

Step 1: Learn some Russian.
You don’t need to become fluent in the language. But learning even a few basic Russian phrases will vault you ahead of most of the other men who are too lazy or selfish to do so.

Think of it from her viewpoint: You want a Russian wife but you don’t have the decency to even learn to say “Hello” or “How are you?” or “You look beautiful” in her language? Do you really think your laziness will win her over? 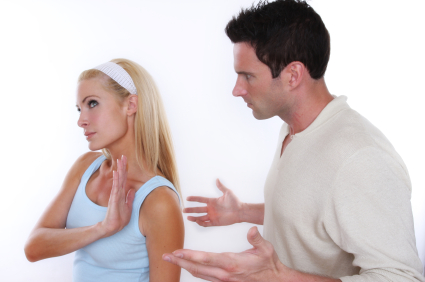 She would be embarrassed by you if she ever introduced you to her family. “Mom, Dad…this is my American boyfriend. He’s too lazy to even learn to say “Hi,” in Russian, so I need to say it for him.” She wants to be proud of you. She wants to show you off, “See? He’s so smart and thoughtful, he’s learned some Russian for me!”

And do you think, when you two go out, she wants to be the one dealing with waiters and waitresses, ordering your food and asking for the check? It’s awkward for her to order for you and to ask for the check. That’s the man’s job, especially in Russia which is a much more old-fashioned society.

I tell this to guys, and they usually fire back defensively: I’m not lazy! I work for a living. I just don’t have the time.

That’s understandable. But it doesn’t take that much time to learn basic Russian. I know. I teach Russian to English speakers for a living. (You can check out my free Russian Made Easy podcast here)

Personally, I don’t buy the “I’m too busy” excuse. You honestly don’t have thirty free minutes per day, a few days per week? You don’t commute to work? You don’t watch any television at all? You literally work from the moment you get up until the moment you go to sleep? And if that’s the case, then you’re too busy to dedicate time to finding a Russian wife or maintaining a relationship anyway.

What’s really going on is that most guys are simply put off by the thought of learning a foreign language, especially one as seemingly exotic as Russian. It feels like a mountain of work, and a huge commitment to them. But it’s not. Learning Russian is easy. There are hundreds of words in common between English and Russian. That is, you already know tons of Russian words. And there are new methods of teaching that make the whole process almost effortless. If nothing else, bear in ind that you’ll also save a ton of money by not having to use a translator when you go there. (Cost for a translator: $15/hour and up.)

So, do you truly want a Russian wife? Learn some Russian. And if you go a bit further and learn to speak basic, conversational Russian, you will truly have your pick.

Meanwhile, in Step 2 of this series I’ll show you how to actually find a Russian woman who’s serious about meeting you.

Next: How to Find a Russian Bride – STEP 2