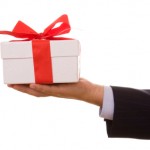 Have You Made This Travel Mistake in Russia? Headed to Russia or Ukraine on a social visit? Here are two words of advice: Bring gifts!. In the U.S., we rarely bring gifts when we travel, except on Christmas, of course, or when visiting a relative who has a young child. But in Russia or Ukraine, gifts are always given by the visitor, to each of the people he or she is visiting. Yes…I said “each.” Living here in Ukraine, now, for six years, I can say it’s a major pain in the a** any time I take a trip somewhere. ... END_OF_DOCUMENT_TOKEN_TO_BE_REPLACED

What Language Do They Speak in Ukraine? 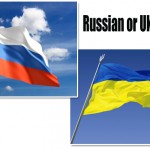 In Ukraine there are two spoken languages: Russian and Ukrainian. In general, in the big eastern cities like Kharkov and Dnepropetrovsk, the people speak primarily Russian. (Because that side of Ukraine borders Russia.) On the west, in smaller cities like Lvov and Lutsk, the spoken language is Ukrainia. In Kiev, you’ll hear both, though in all my trips there over the past ten years, I’ve encountered almost exclusively Russian. (This is likely because Russian is the language of business and of cities. Ukrainian is the language of villagers. In general.) Finally, down in the Crimean peninsula, you’ll hear Russian exclusively. ... END_OF_DOCUMENT_TOKEN_TO_BE_REPLACED 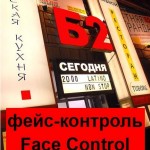 Face Control is a rude sounding name for the equally rude ritual that takes place before entering exclusive night clubs in many Russian cities. During Face Control, the doormen judge your looks and decide whether to let you into the club or not. Hot women get an automatic pass... END_OF_DOCUMENT_TOKEN_TO_BE_REPLACED

What is a Russian or Ukrainian apartment like? WATCH my tour of a Russian apartment… Conditions of Russian apartments vary widely. If you’re in a “luxe class” (aka VIP, 1st class, Euro-remont) apartment, you’ll be very comfortable. In a “luxe” (short for ‘luxury’) apartment, the bathroom will ne nicely tiled, the kitchen well-equipped, the bed and furnishings all high quality, and so on. It’ll likely be a new building with an elevator, too. On the lower end – but still liveable – are the bulk of standard, Soviet style apartments. Everything is functional. It’s the best word I can describe ... END_OF_DOCUMENT_TOKEN_TO_BE_REPLACED